For A couple of months ago I posted What I Eat in a Day as a Vegan and thought it was about time for another. I am currently at home per the stay home, stay healthy order and also intermittent fasting so it’s changed a bit. I still eat the same type of foods, but I’ve also been indulging in sweets more (as you’ll probably see). This is what I eat in a day at home, as a vegan intermittent fasting (jeez that’s a lot). My eating habits definitely depending on what’s happening in my life so this really is just a glimpse of a random day. I’m always interested in these kinds of posts/Tiktoks/YouTube videos and think it’s also fun to make them so enjoy and let’s get into it!

What I Eat in a Day at Home

Usually what I eat in a day at home is different than what I would eat if I were working. I always try to make leftovers if I’m wanting a quick meal and that’s what I was planning on doing today. I’ve also been eating less since I haven’t been as active or as hungry. Isn’t eating during this time weird though? I’m not going to the store as often as I was because it’s always so packed which means I don’t have as much fresh produce on hand. That’s basically my whole diet so I’ve been eating so many leftovers. Danny and I have also gotten take out a couple times a week after not having ate out for a few weeks.

By now I’ve been fasting since 8 pm last night and I have a coffee with just a little bit of almond milk. This usually subsides my hunger, which I wasn’t really too hungry this morning. I also am trying to drink a lot of water! Lately I’ve been working on my coffee for a really long time. This coffee lasted me until just before noon and I was just drinking it cold at that point. Some mornings I like to drink plain green tea, which is also acceptable while fasting but since getting a puppy and having to wake up at all hours of the night I need to extra pep from coffee!

I broke my fast this morning with a cupcake. It’s definitely not the healthiest way to break a fast, but it’s about balance, right? I made these chocolate cupcakes with chocolate frosting a couple of days agoy and I’ve been thinking about them since I didn’t eat one yesterday. For the frosting I used Pamela’s dark chocolate frosting mix and added Earth Balance butter. It was the easiest frosting (and best tasting) frosting that I’ve made. I frosted them while they were still warm so they looked sad and I didn’t take a picture.

For lunch, I had leftovers from my dinner last night. I modified this recipe to make Thai curry soup. I put the soup on top of a bed of vermicelli rice noodles. In the soup I substituted curry powder instead of curry paste. Then I added spinach, sweet potato, carrots, yellow bell pepper, onion, ginger, vegetable broth and full fat coconut milk. I topped it with green onions, red onions, and siracha. Making this for dinner took less than 30 minutes and it made a ton. I have enough leftovers for a couple of days. 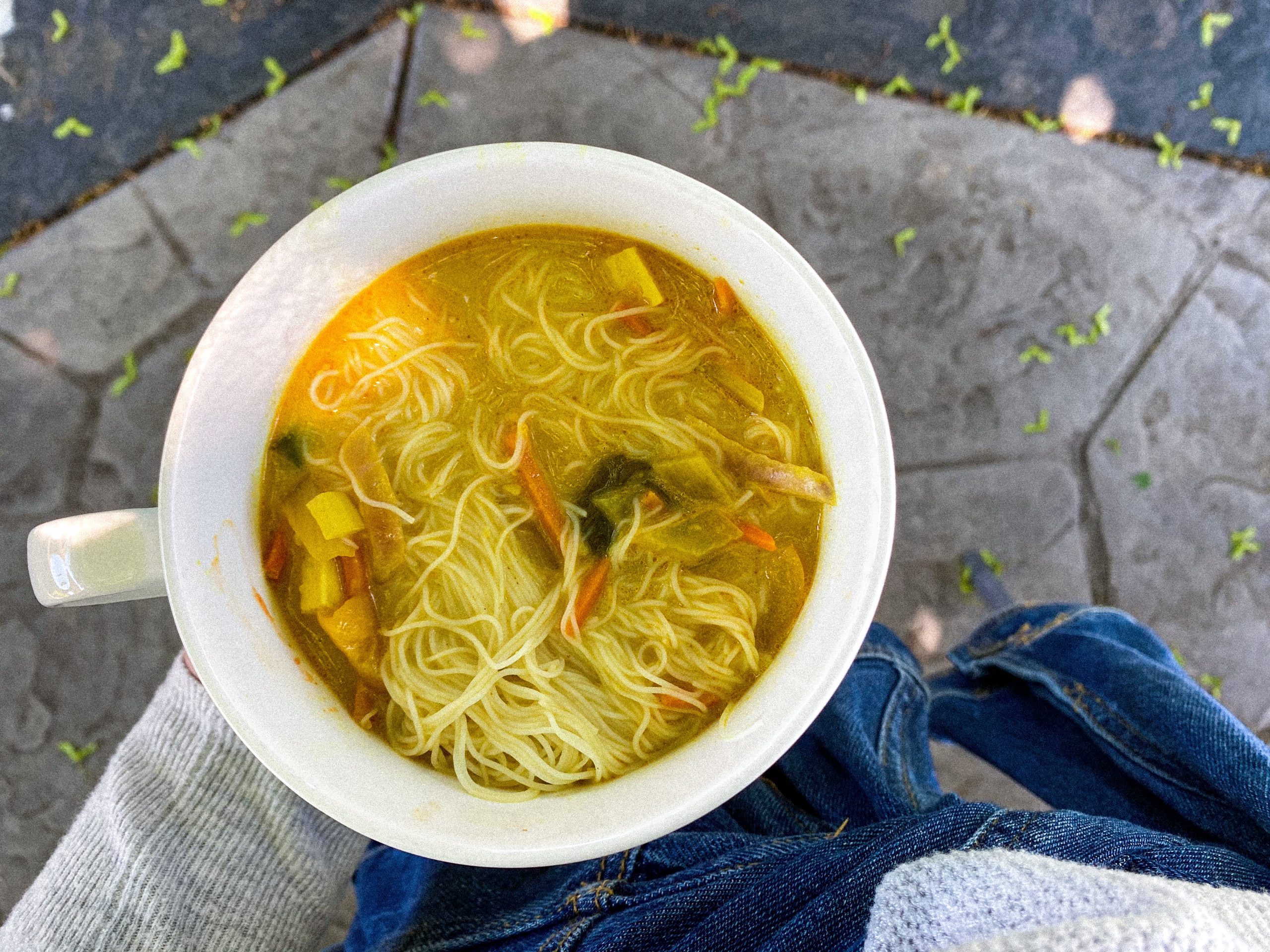 In between lunch and dinner I snacked on blueberries. I ate a LOT of blueberries today just because I had them out and would grab some whenever I walked by. Lately, I haven’t had as much fresh fruit as I would like to have had so this was a refreshing change. 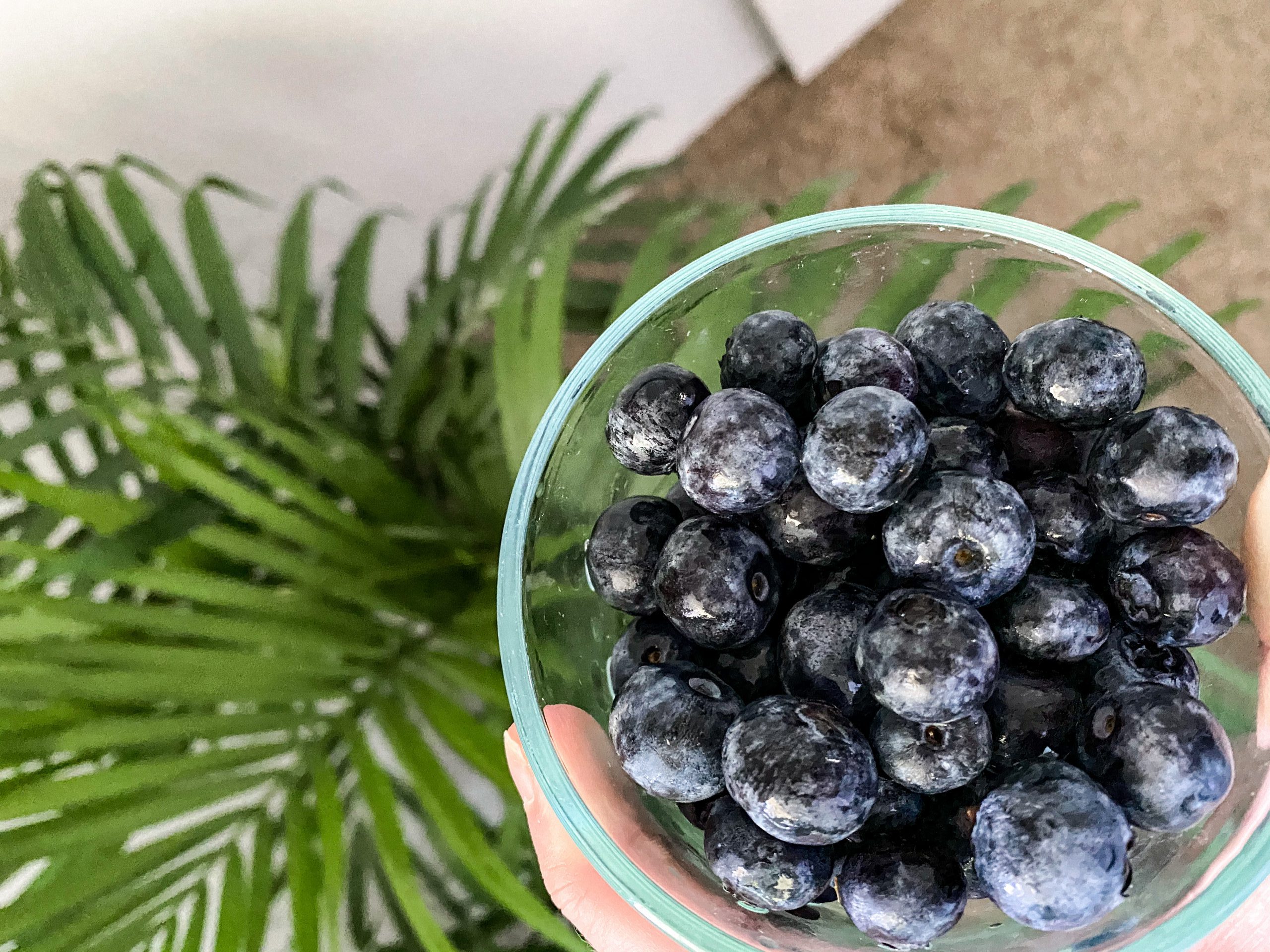 I also tried these dill pickle flavored cabbage chips.This was the first time I had tried them and they were so addicting. Usually I don’t like chips, but these had a better texture and didn’t taste greasy or too salty. I also love pickles and pickle-flavored things so these were right up my ally. When I first saw them it just seemed weird to me (cabbage chips?) but they don’t taste like actual cabbage. 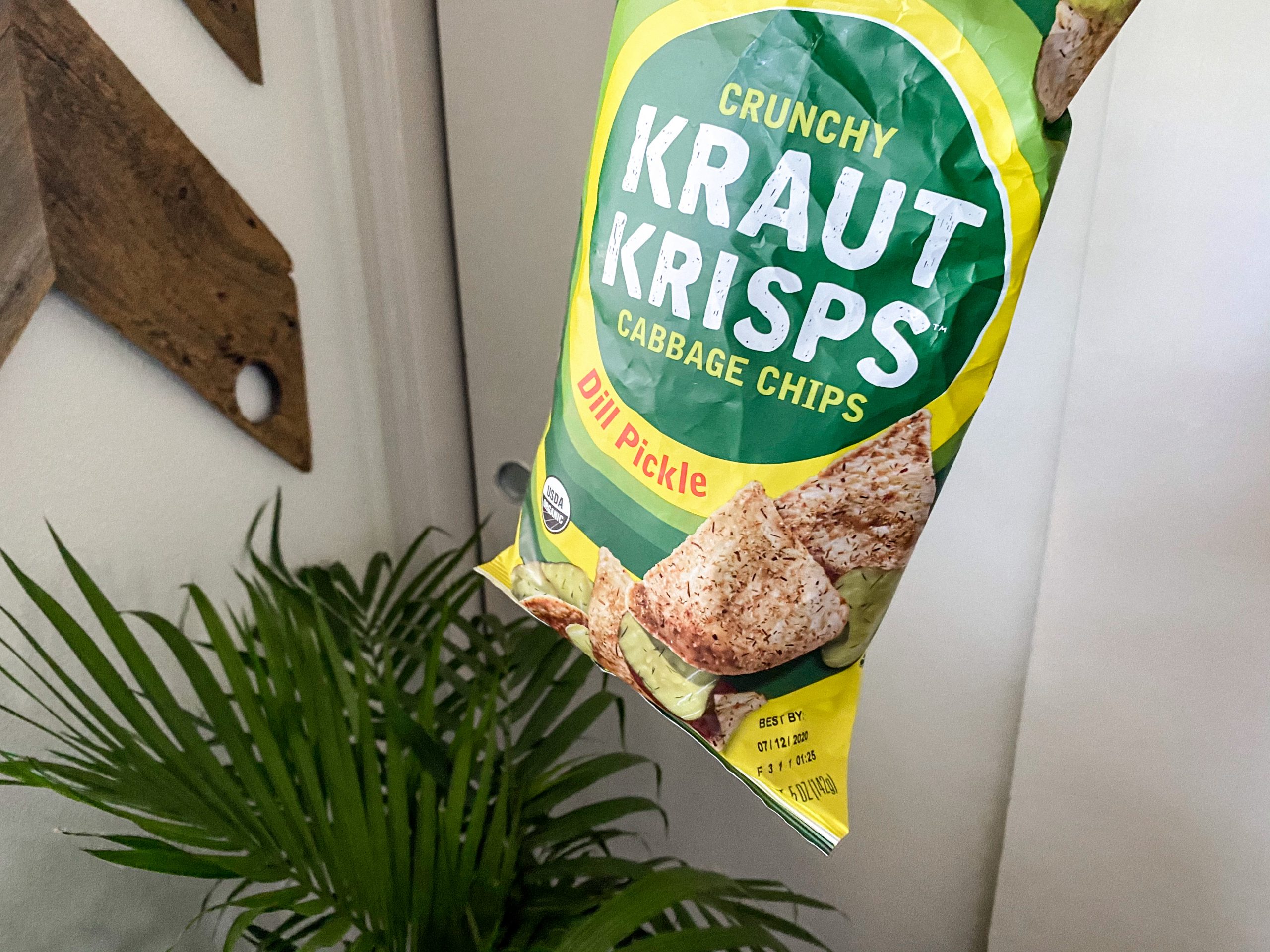 Danny wasn’t eating with me tonight so I decided not to cook a dinner. I had these tofu salad rolls that were leftovers (I ate one of the halves before the picture was taken) with peanut sauce. Around dinner I wasn’t that hungry as usual because I had snacked so much earlier. I love salad rolls because it doesn’t feel heavy, it’s still filling and peanut sauce is literally the best thing. These are from a Thai restaurant near us (they definitely taste better than they look), but I love to make them at home because they are quick, easy, and you can get a lot of veggies into them. 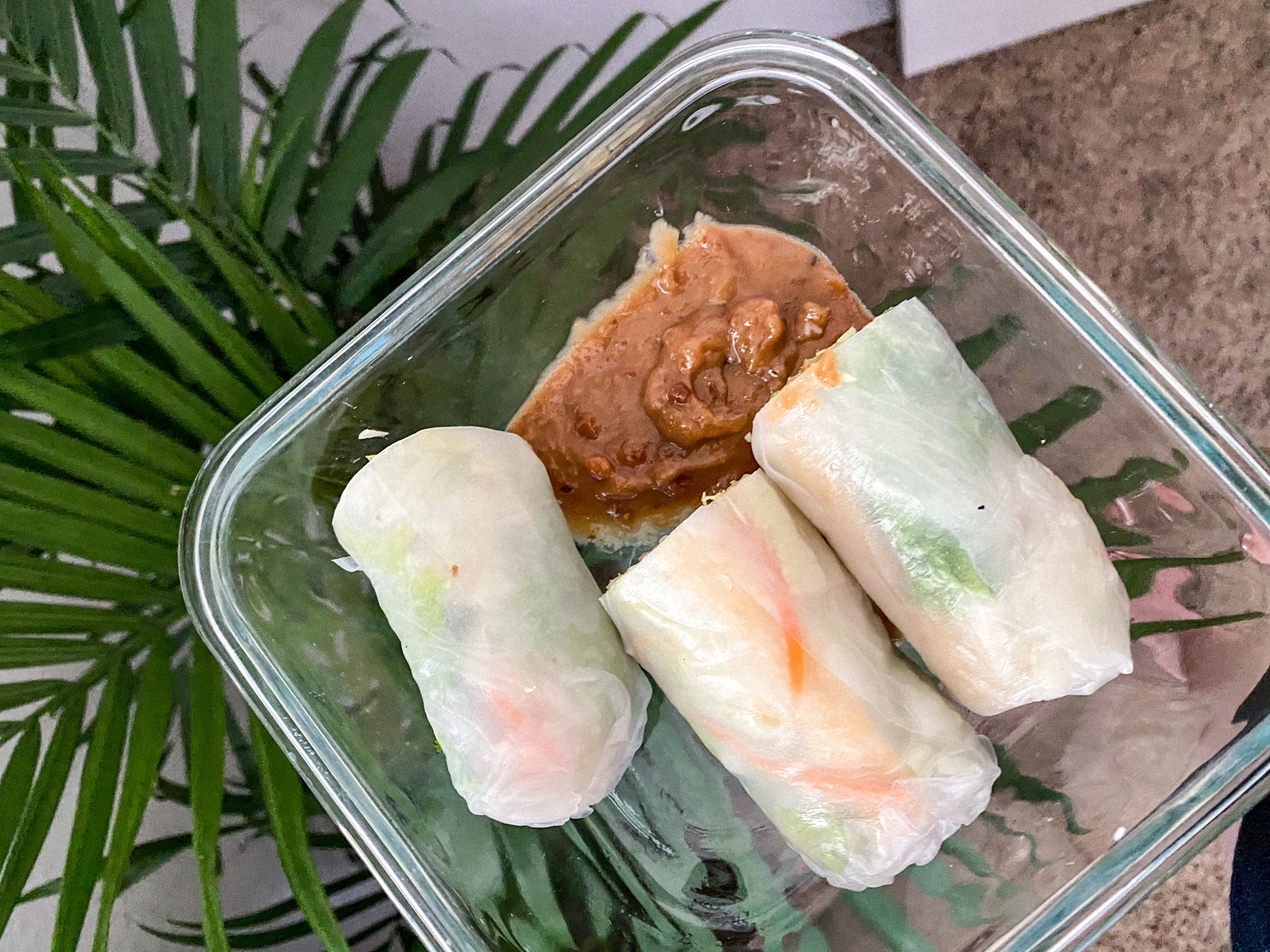 Obviously I had to have another cupcake because, dessert and no self control. I can go without buying sweets like cookies at the store, but if I make them and they’re in the house it’s hard for me to just have one a day. Those people who make a dozen cookies and just have one, how??

After this I start fasting once again and since I stopped eating earlier than 8 I could start again tomorrow at 11, but I usually try to hold off until 12 to keep it consistent. If you didn’t see my experience with my first week of intermittent fasting, you can check it out here, I’m trying it out for a couple months to see if it’s right for me and will be posting my experience with week 2 in a couple of days. That post also explains why I decided to try intermittent fasting in the first place.

That’s what I eat in a day at home.

Has your eating changed since being home, if you are home? Let me know in the comments below! It’s a weird time, y’all, but at least it’s only temporary.

If you enjoy my posts be sure to subscribe to my email lists below!