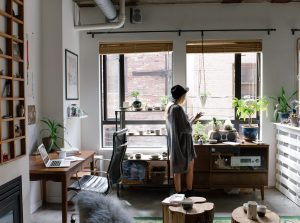 12 Things is a series that I think was started by Amber Fillerup. I’ve seen a couple other bloggers do this and I love to read them! It’s basically a post where you share 12 things! I feel like it’s a great opportunity to get more personal.

I’ve been wanting to implement more series on my blog, so I wanted to add a “12 Things” post once a month on Tuesday and a weekly “Favorites” post on Fridays. I will still post 1-2 other posts a week. I’m going to see how this goes this week, I might only end up doing Friday Favorites monthly or biweekly. Anyways, let’s get into the post!

Have a good Monday everyone!

I’ll return next month with another life update in the form of a “12 Things” post just to update you about some life tidbits!

If you’re wanting another read, check out some of my other posts: 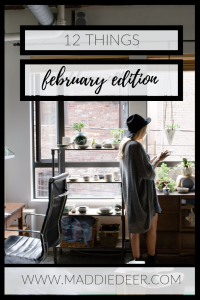 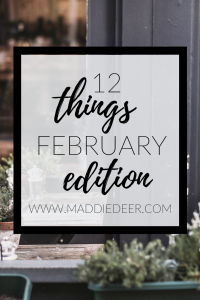 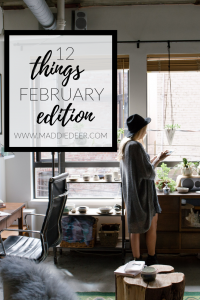