I just completed my second quarter, but this quarter was different because I had decided to adopt a puppy (see pic below for my pup, Juniper!). There were a lot of things that I wish I would have known going into it because it’s definitely a big responsibility to take on, especially when a lot of my time was monopolized by nursing school. I’m also a part of some nursing school groups on Facebook and have seen questions pop up here and there about whether it’s a good idea or not to adopt during nursing school. If you’re reading this, you’re probably in the same situation and I want you to make the best choice possible for yourself and for the pup! I hope this post helps you with your decision! Here’s what to know about adopting a dog during nursing school. 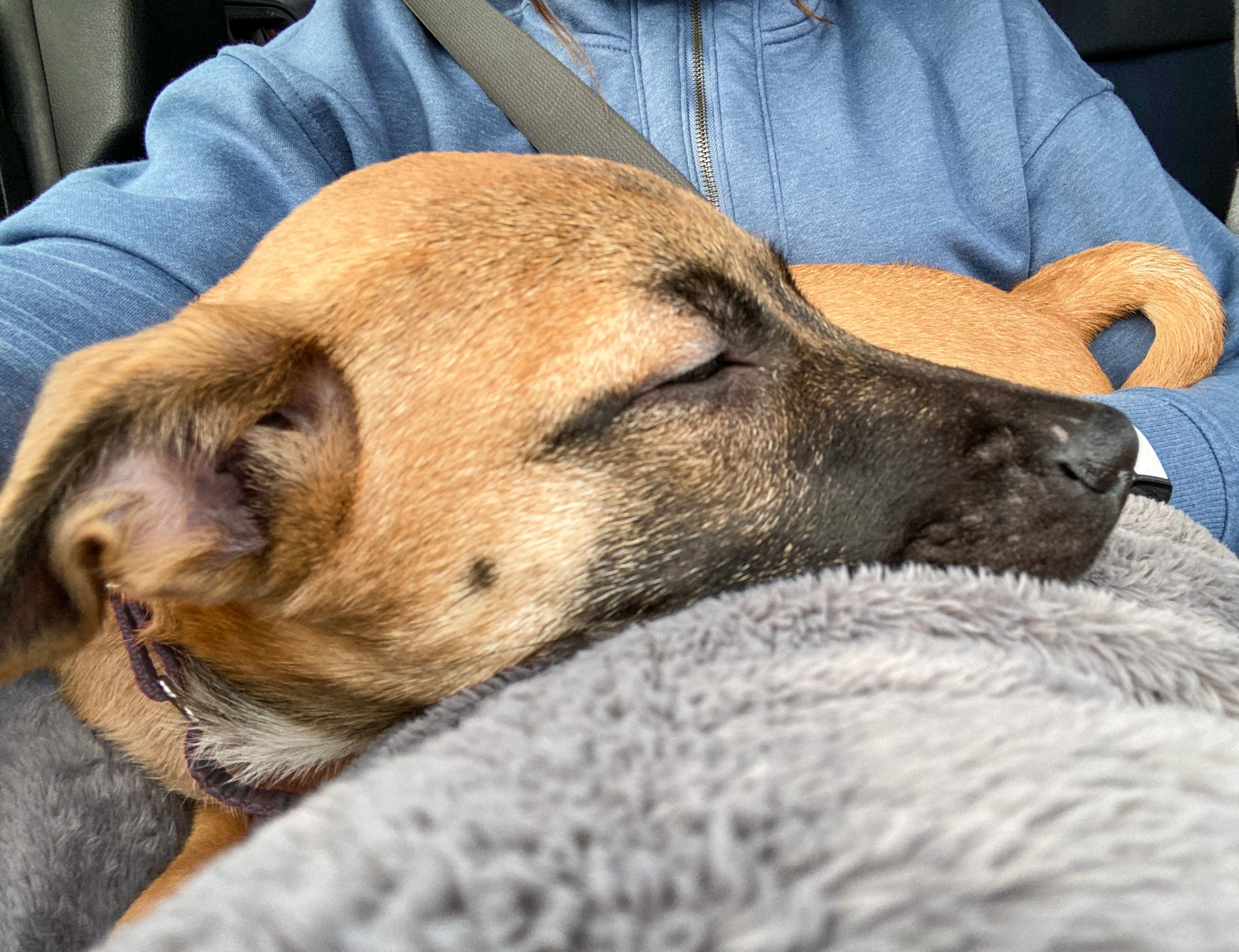 What to Know About Adopting a Dog During Nursing School

Things to think about:

These aren’t to deter you, it’s just best if you know what you’re really getting into!

1. It’s a bigger time commitment than you think, especially if you’re adopting a puppy

Having a new-to-you dog means that you’re going to spend a lot of time bonding, playing, training, etc. While this time commitment is less when you have an older dog, there is still going to be an adjustment period for at least a few weeks as the pup gets comfortable. Maybe they have some bad habits that need to be broken and retrained. You can’t fully know how a dog will act in your home until it’s there. You will need to work with your dog on training which could involve going to weekly obedience classes, watching videos, or both! Either way, it can be time consuming since it needs to be done every day consistently.

If you’re getting a puppy, the time commitment is at least doubled. Younger puppies, especially for small dogs, don’t have as big of bladders. This means taking them outside often. Additionally, if you’re potty training, you could be taking your pup outside every 10, 15, 30 minutes until they get the hang of it (which could take a couple of weeks). This isn’t just during the day, you’ll have more interrupted sleep when you have to wake up multiple times during the night to prevent them from having an accident. You’ll need to spend time socializing them with other dogs and people. This can mean taking them to high traffic areas and rewarding them for now reacting. It can also be puppy playdates. Either way, it takes time that you may have otherwise used for schoolwork.

2. You need a plan for while you’re in class

Right now, a lot of nursing students have some remote classes because of the pandemic. Aside from having a plan for while you’re on campus (especially at clinical!), you can’t expect your pup to remain calm or sleeping through your 3-hour virtual class. You’ll still have to take them out to go to the bathroom, and you’ll need to come up with forms of mental stimulation and try to take them on walks or play with them before so they can at least sleep through a portion of it. They might start biting something or trying to get into something so you’ll have to get up to try and redirect them. There are a lot of different things that can happen and it can be hard to focus.

If you don’t have clinical yet, you’ll have to make a plan for when you do.  You’ll be gone for 8- 12+ hours at a time and can’t leave a puppy (and shouldn’t leave a dog) alone that long. It helps if you have someone else that will be taking care of the pup, as well. Some other solutions could be crate training and then using Rover or Wag to hire dog walkers to come check in on them and take them for a walk. Doggy daycare can be another option. If you have a puppy, just make sure they have finished all of their vaccinations and are at least 4- 5 months depending on the daycare you choose!

3. There will be unexpected financial things

Puppies have a lot of things that come up (at least in my experience), I highly recommend pet insurance! There is a 2 week- 1 month waiting period so the sooner you get it, the better. So far in the 2 months, I’ve had my puppy she’s had to go in for a seroma after being spayed by the shelter, a UTI, then for vomiting which resulted in X-rays, blood tests, parvo testing, etc. It’s been $1000+ in unexpected costs, so make sure you are prepared in case something happens to your puppy- like they swallow something they shouldn’t have and need to get surgery (an extreme example- but possible).

Dogs also need yearly vaccinations (and multiple series as a puppy), you might need to go to training classes to break some bad habits, along with all the routine expenses. Toys, food, leashes, collars, and all the initial expenses like a bed and crate start to really add up. While this is normal for any dog, being in nursing school means you’re probably working less (or if you are working probably have more stress and less time). Before you get a dog, make sure that all your financial concerns are taken care of with loans, savings, scholarships, grants, or however you are paying for school. This will help to decrease your stress in the long run, especially if something were to come up.

If you’re thought about how you need to adjust your current lifestyle to accommodate for getting a dog (when you’ll take walks, what you will do while in class, etc.) and have realistic expectations, I don’t think you’ll regret getting a dog. The biggest thing is being patient, allowing them and yourself time to adjust, and thinking about the logistics beforehand.

I love that having a dog gives me a reason to take a break and go for a walk. In the past, I’ve been so focused on work and would overwork myself. I also love training her every day and seeing the progress she’s making and the new things she is learning. It gives me something to do where I’m not focused on class or on my stress. It’s also the best feeling to have your pup cuddled up to you at the end of the night and they can be the best study buddy.

I’ve found that on days when I have class, it’s best for the both of us for her to go to doggy daycare for a couple of hours. She has separation anxiety and while at daycare she can get mental stimulation and exercise and then when I pick her up she can sleep for a few hours while I do homework and study. Once you’re in a routine, things will seem natural and if you’ve had dogs all your life, it will feel complete. The hardest part is getting to the point where you’re settled into a routine and bonded. Before then, it will take a lot of work and a lot of patience!

While it is a lot to take on, it can be absolutely worth it if you go in prepared!

Foy more pics of my pup, check out my Instagram here!

For more nursing school posts, check out on of the posts below!