You are here: Home / LIFE / I Watched 6 Hallmark-style Christmas Movies This Week and Here’s my Thoughts

I’m not usually the one to watch Romance movies, but when Christmas comes around it’s a totally different ballgame. Seriously, I will take all the cheesiness and ridiculous plot lines. In fact, the more ridiculous and Christmas-y, the better. Maybe it’s because I’ve been watching them for so many years, but it doesn’t feel like Christmas without a Hallmark movie. Netflix, however is totally stepping up their game and releasing some great Christmas movies in the same hallmark-style. Now that it’s December, cue the Hallmark-style Christmas movies. This post was inspired by this one on The Everygirl.

Although it’s only December 5th, I started watching my movies back in October. Seriously, I even have a shirt that says “Tis the Season for Hallmark Christmas Movies.”  I’m obsessed. I had last week off for Thanksgiving. As you can imagine, I watched movies a-plenty. I thought I would share my thoughts on the 6 that I watched this week. So, let’s get into it! All these movies are on Netflix, with the exception to Last Christmas which is still in theaters.

I kicked off my Christmas movie watching season with a brand new Netflix original movie. The story followed different teenagers through their day and I loved the cast. I’ve seen many of the actresses and actors in other TV series and movies. This was probably my favorite movie of the week and I would totally recommend it. It is based off of a book by John Green that I can’t wait to read. This is a toal feel-good movie and if that’s your kind of thing, you have to watch it!

I think I’m not alone when I say that I loved this Christmas movie. The second to this Netflix original movie was released last year and the third was released just a couple days ago. So if you’re in the mood for a mini movie series about how a reporter gets mixed up with a prince, you can find this one on Netflix.

3. The Knight Before Christmas

At this point I’m sensing a theme between ridiculous story lines, but we are just going to roll with it. I chose this one because Vanessa Hudgens was in it. Since when did she start doing Hallmark Christmas movies? Despite my initial hesitations when a knight from the 17th century is sent to 2019, I enjoyed it. It wasn’t that bad, although it probably wasn’t one of my favorites. This movie even got a couple laughs out of my boyfriend and mom who aren’t as big of Hallmark movie fans (but admitted to liking this one).

I thought the premise of this next Christmas movie was a bit different. I mean, you can tell from the beginning what is going to happen, but I was making my own advent calendar as I watched this so it was very fitting. I now want an antique advent calendar because it was so cute! Hoping I now find one at an estate sale. This movie is filled with Christmas magic and the main character goes from questioning what she is doing with her life to the perfect happy ending. To be fair, that’s one of the three basic Hallmark movie plots. Try to guess who she ends with from the trailer… I’m sure you can.

5. The Spirit of Christmas

When I read the description of this next movie, I was in disbelief. In fact, I watched this because I thought it was so ridiculous! To sum it up, Kate is a big shot lawyer whose firm inherits an estate from a client. However the house in ‘haunted’ and she needs to go figure out how to get this old time Victorian inn appraised. So, she travels to the small little town and as you can guess probably guess, it’s this handsome man haunting the place. I can’t say that before this I watched anything about a love story with a ghost, but I actually enjoyed this very Christmas-y movie a lot.

My week of Christmas movies came to an end after watching Last Christmas, this time in the theater. I went with Lexus and this movie was NOT what I was expecting. As a Game of Thrones watcher, I’ve been a long time fan of Emilia Clarke who was the lead actress. Henry Golding who stared in Crazy Rich Asians (one of my favorite movies) was the lead actor and I knew that I had to see this movie specifically just for the cast. I don’t want to spoil anything but it was less romantic than the trailer made it out to be and there was definitely a twist ending. I feel like it’s going to end up on Netflix by next year and although it was fine, I wasn’t in love with it.

What are your thoughts on Cheesy Hallmark-style Christmas Movies? Let me know if you love them or hate them in the comments below! Plus, any reccommendations for my next movie? 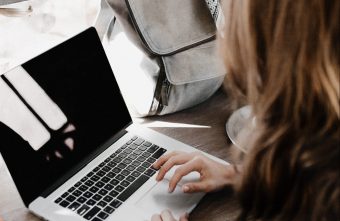 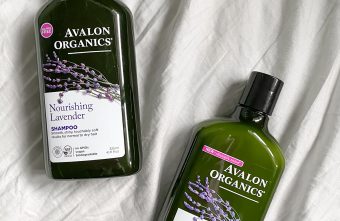 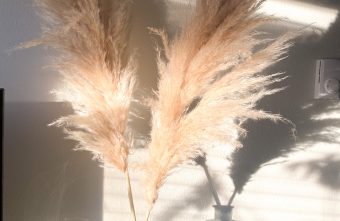 What to Expect from Me in 2021
Previous
Gift Guides for Each Enneagram Type
Next
12 Things: December Edition (A Life Update)

[as seen on my stories] Danny and I adopted a pupp

Haven’t shown my face in awhile, but I’m back!

Morning vs night studying... In the mornings I’