You are here: Home / TRAVEL / Everything You Need to Know About Traveling Europe by Bus, Plane, Bike, and Hitchhiking

Although most of my experience traveling Europe was on a train (at least for the longer distances), I did manage taking buses and talk to others who traveled in different ways. If you are wanting to know more about Eurail and traveling Europe by train then click here for my post. Otherwise, let’s get into some of the other ways to travel Europe!

When I was in Europe, I had a great experience with FlixBus. The buses were always on time and hardly ever crowded. The only bus I took that ended up being full was an overnighter from Torino to Paris. On this bus, we stopped in the Swiss Alps at a small store to get snacks and refill on gas. It was the most beautiful rest stop I had ever been to!

FlixBus was much cheaper than taking the train, for me. If you’re wanting to travel Europe on a budget, this is a good choice. There are tons of options for direct routes and it’s easy to book. I would go onto the app the night before and select the bus I was wanting to take. Prices go up the closer it gets to the departure date and prices vary by time of day. The buses frequently sell out too, so if you know several days before what bus you are wanting to take then you should book it then.

When you arrive at the terminal and find the bus you’re needing, there is space for your bag below the bus. I used a bike lock to lock my bag to a rail  to make sure no one accidentally took it on a different stop. You then can board and show the bus driver your mobile ticket and passport before you get on the bus and choose your seat.

All buses had outlets between the seats , pop out foot rests, and bathrooms. The bathrooms are not always clearly defined, but it was always by the back set of doors. Like a plane, most buses also had fold-down tables that you were able to use. You can smaller store bags overhead, in a pocket behind the seat in front of you, or under the seat.

Using budget airlines are a common way to travel Europe, especially across long distances. This can be an affordable option if you book ahead of time and not around the holidays. To keep it affordable its also good to have a bag that is within weight and size limits. I looked on Skyscanner for a flight from Venice to AMS for next day and the flight for the next day (one way) was $250. However if I had booked that flight for a week later was only $40. This is a less flexible option, but one that is faster and better for planning ahead. The tickets are usually also nonrefundable and nonexchangeable.

One thing you have to look out for is checked bagging fees. If you want to try and get away with your bag as a carry on, check the dimensions and weight limits per the specific airline because they’re much smaller than the typical US airlines. My bag magically gained 10 lbs during my month, so you have to be conscientious about what you’re loading in your pack if you expect to be taking planes during your entire time abroad. If you plan on buying lots of things, come to Europe with less. Deadlines on budget airlines are strictly enforced, although delays are common. Make sure that you are going to be on time to check in, if not earlier. When you take a flight you have to go through customs, but a 3 hour flight beats a 20 hour train ride!

I’ve personally never hitchhiked in Europe, but I did meet a couple of people in hostels who had been doing that. One guy that I had met in Paris had just travelled three months in Iceland just by hitchhiking. He had taken a picture with everyone that he caught a ride from and showed me the collage he created by taking selfies with the people who gave him rides.

Hitchhiking is a common thing for travelers to do, but it depends on what you are personally comfortable with. Taking proper safety precautions and being vigilant about where you are grabbing a ride, who is offering and the vibe of the situation is important. Also remembering to always keep your important documents on yourself and keep your bags with you can prevent getting your things stolen.

As a female in a foreign country, I think it is also important to never hitchhike alone. You never know what kind of person is giving you a ride and not everyone deserves your trust.

I am terrible at riding bikes. Even though I rode a bike in Amsterdam, that was about all I did in Europe with a bike. I didn’t travel Europe by bike and cross borders. I also didn’t meet anyone who had been traveling by bike. But, I have heard the stories of people who have biked all the way across Europe. People do it in Asia too, and the US, etc. This seems like something that would be best to do with another person. You’d have to be good at navigating and riding bikes for extended periods of time.

I think it would be an incredible experience to travel Europe by bike and it’s on my bucket list. I ended up at small train stations in the Balkans and imagined how incredible it would be to have been biking through at the time. There weren’t many people around and it was so beautiful. It would mean getting to see a side of Europe that not many are able to. I can imagine that you’d need to pack a tent and would spend many nights camping.

There are lots of methods to travel Europe and the best one just depends on what you are looking for on your trip. I mostly traveled by train, the metro, walking, and bus but in the future I might lean more towards bus, budget airlines for longer distances, walking and biking.

What would be your preferred method of traveling Europe? Let me know in the comments below! 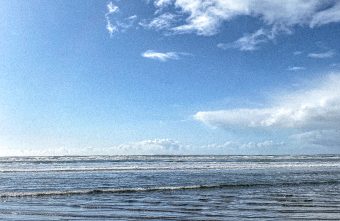 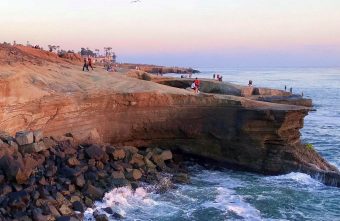 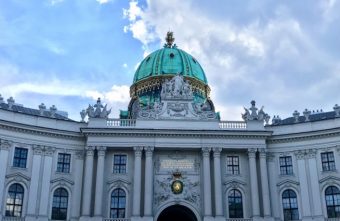 Have you switched to a bamboo toothbrush yet? Eve

It’s #waterfallwednesday 💙 Wishing this was

Had a successful day at the Farmer’s Market toda

When I was in elementary school there was a “dre

Last weekend I kicked off hiking season with over