You are here: Home / LIFE / The Perfect Vegan Doesn’t Exist.

Last week I posted Why You Should Shop Second-Hand + My Favorite Finds of 2019 and in that post I found myself disclaiming a little about shopping second-hand as a vegan. I explained some of my thoughts and I came onto the blog today to post a “What I Eat in a Day” sort of post. I really couldn’t bring myself to post that today, because I had some more thoughts I wanted to share, instead. Plus, I know that a lot of people are going vegan this month for the New Year. I just wanted to throw out there that the perfect vegan doesn’t exist.

These opinion-styled posts are sort of new for me on the blog because I haven’t wanted to stir up any differing opinions. The fact of the matter is that everyone has different opinions about everything. Listening to other’s opinions opens me up to new perspectives and new ideas and I feel like mine can do the same for others. Maybe it can even change some of the preconceived notions that people have about certain things, like in this case, vegans.

My goal in this is not to come off as preachy. I just think that all these expectations for perfection is not a sustainable way to think. I have also heard people deciding to go plant-based and slipping up once and giving up because of that one little thing. If I decided after my first mistake that I wasn’t going to be vegan then I wouldn’t have even had the chance to see the significant changes in my life and way of thinking.

The Pressure of Veganism

On a positive note, plant-based diets and foods are becoming more mainstream in a lot of places all over the world. For years to come I’m sure there will be areas (one that comes to mind was my time in Corpus Christi, Texas) where people just don’t understand and options are severely limited. But, mostly, people know what being vegan or vegetarians means while the same couldn’t be said just 10 years ago. Still, only a small percentage of the population follows a plant-based diet, but that percentage has increased a ton in the last few years.

What hasn’t changed is the pressure. I feel like passing judgement on people who don’t ‘meet your standards’ is something that frequently happens. Just like any group of people, in the vegan community there are individuals who will pass judgement if your version of vegan isn’t like theirs. Some are quick to disqualify you if you do something they feel like contradicts veganism or if you slip up. But why?

The pressure of veganism feels like someone is quick to try and catch you doing something that contradicts your ‘sustainable’ or ‘healthy’ lifestyle. You’re wearing something from a fast fashion brand? They will try to call you out. You accidently eat something you were unaware was vegan? Disqualified, sorry.

It’s true. The perfect vegan doesn’t exist. People make mistakes, that’s just what happens. I don’t believe there is anyone who has been vegan, zero waste, cruelty-free, or anything of that sort for their entire life. We don’t live in a plant-based world, we live in a world where most people use and eat animal products, and that’s just fact. Cross-contamination, human error, misinformation, and lack of information happens.

It happens to me and I can guarantee it happens to everyone else who tries to follow a vegan or vegetarian diet, too. There have been countless times that I have read the ingredients on something and found out at a later time that they weren’t actually vegan. One time that immediately comes to mind is barkTHINS. I tried them when they first came out and the ingredients on the back didn’t list any animal products. Just a week later, I found out through another vegan on Instagram that the sugar has been through a non-vegan refining process.

So What if We Make a Mistake?

Just because I slipped up, doesn’t mean I should be “burned at the stake.” We are all humans doing the best we can possibly do and passing judgement upon someone isn’t going to change that.

When I meet new people and they find out through one way or another that I am vegan, I get mixed responses. Sometimes I will be told, “You’re not like most vegans, though. Most vegans will judge you if you eat meat or dairy.” In person, I don’t actually know any vegan like this. I will even ask how many other vegans they know in person and usually the answer is 0-1. Most are completely chill and accept that any effort is better than no effort. In the least, they will remember when they did eat animal products (because most people have at one point or another) and treat you the same as they would’ve wanted to be treated. The only ‘judgey’ vegans I hear about are just very vocal and opinionated people on twitter.

What Works for You, Might Not Work for Someone Else

Wrapping all this up, I just want to say that people should just do whatever works for them. If that means just doing Meatless Mondays or if that means cutting out dairy, using cruelty-free products, not buying fast fashion, or maybe going vegan, then that’s great. These are all small successes that others should be celebrating and lifting each other up for, rather than judging or being viewed as not enough. There is room for growth in everyone’s life and like I said before, the perfect vegan doesn’t exist. The perfect person in any circumstance, just doesn’t exist.

I am not the perfect vegan, but I chose to make actions every day to try to be more compassionate, a better consumer, more intentional and more conscious. That is enough for anyone, and that’s all you can do.

I think the mantra for 2020 should be that we don’t need a handful of people doing something perfectly (like zero-waste, veganism, etc.) we need millions of people doing it imperfectly. Small changes really do add up to big results.

So, instead of focusing our energy on passing judgement, let’s focus our energy on encouraging others to do the best they can. If you try going vegan and ‘mess up,’ there are no actual repercussions. It happens to most of us. 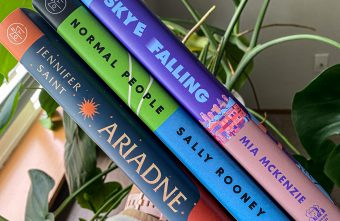 Books on my TBR for the Rest of the Year 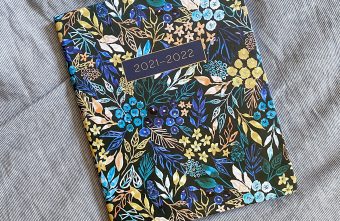 How I Plan Out my Schedule in Nursing School 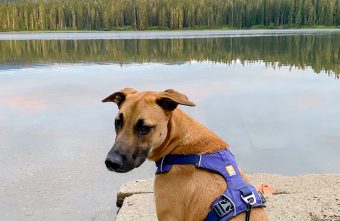 Thankful for going on walks with @danny.crenshaw3,

There are the plant vibes that I need in my life!

I posted a poll on my story on overalls yesterday

Took a trip last weekend to Astoria + posted about

I LOVE making lists. I just got a new notebook for