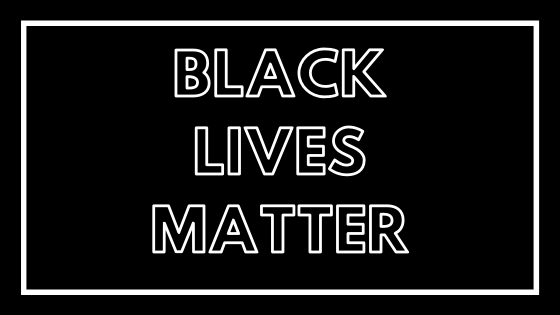 Before this week I didn’t realize that by not speaking out, I wasn’t being a good ally. Racism, prejudice, and discrimination is still very alive in the US and all around the world. We cannot ignore what is happening. Are you being anti-racist and helping with the Black Lives Matter movement? I understand that some people might not know what they’re supposed to do. I want to do my part in spreading the petitions, places to donate, books and articles to read, and other ways to support the Black Lives Matter movement. We all need to work together to end systematic racism. The more this information is able to circulate, the better people can see actionable steps they can do themselves.

For all of those who are circulating information, make sure you are actually using your resources. Move beyond virtue signaling and actually participate. So many have died from police brutality and many more are discriminated against each and everyday. This won’t stop if people stand by idly, letting it happen. The system and the police officers who are supposed to help people have been failing everyone, especially BIPOC.

I hope you join me in donating, petitioning, and educating yourself, learning, sharing resources and listening.

How to Support the Black Lives Matter Movement

Books to Read [Links to Goodreads]

What to Watch (Streaming)

If you’re unable to donate but want to financially help, watch this video. All ad money will be donated.

Text, Call or Send a Letter to Demand Justice

This carrd is a great resource for where to text, call, or send a letter.

Read more here if you’re going to protest. Many white supremacist groups are creating fake protests so make sure you research before attending any. It’s also important not to share photos and videos with other protestors faces in them. The card also goes over safety tips and data protection for if you are protesting.

What Else You Can Do:

I understand that this might be an overwhelming list, but it’s so important to support the Black Lives Movement. Staying silent won’t change anything. Sign the petitions, educate yourself, vote, and speak up. It’s not enough to not be racist, we need to work together to be anti-racist. Even if you don’t feel like you have the words to impact, share the voices of others and amplify black voices on social media.

I hope this reaches anyone who is wanting to know how to support the Black Lives Matter Movement. Share this, or the information in the post with others and comment below if you have more resources that you think should be included.